Leaps & Bounds Day Nursery is fortunate to be based in Edgbaston, an affluent suburb of Birmingham, just to the south-west of the city. In this post, we take a look at some of our favourite facts about the location, touching on history, significant venues, plus a few famous people with close links to the area. 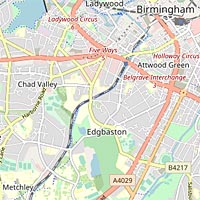 The name Edgbaston is derived from the Old English naming convention whereby a place name consisted of, in this case, a person’s name (‘Ecgbald’) followed by the word for farm (‘tun’). So ‘Ecgbald tun’ (Ecgbald’s Farm), to all intents and purposes, became the name of the small village as it was then.

At the time the village was recorded in the Doomsday Book in the year 1086, it had just 10 homes.

Edgbaston village remains quite an exclusive and affluent area. Indeed, in terms of property prices, it is one of the most expensive areas in the West Midlands. Much of this is owed to the village’s historical background. Back in the 19th Century, the Gillott and Gough-Calthorpe families, then land owners of much of Edgbaston, refused to allow the area to be industrialised with warehouses or factories and indeed it was often referred to as the area “where the trees begin”. In so doing, the unspoilt area attracted the more wealthy people who typically lived in impressive detached houses, many of which are still in use as private residences today.

Priceless works of art from the likes of Toulouse-Lautrec, Turner, Whistler, Van Dyck, Picasso, Botticelli, Van Gogh and many other masters can be seen — in the flesh — at The Barber Institute of Fine Arts. It is a small but incredibly impressive art gallery located on the University of Birmingham campus in Edgbaston, Birmingham.

Edgbaston also boasts its own 15-acre botanical gardens. Birmingham Botanical Gardens has its main entrance at Westbourne Road and is a superb attraction. It boasts beautiful formal gardens, planted zones of different kinds, impressive glasshouses with tropical, subtropical, Mediterranean and arid plants, a butterfly house, alpine house and pinetum. It also has a sunken rose garden, a rock garden, rhododendron and azalea walks, a waterfowl area, a bird aviary, a museum, two children’s playgrounds, a café, gift shop and much more. 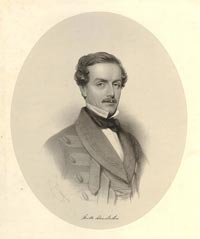 During his lifetime, Neville Chamberlain, a British Prime Minister (1937-1940), was a major donor to the botanical gardens, as was his father Joseph Chamberlain. Neville was born in 1869 at ‘Southborne’, a house in Edgbaston village.

The author J. R. R. Tolkien was also an Edgbaston resident for a time. When he was a teenager, he lived at Starling Road. This was close to two towers; the Waterworks Tower and Perrott’s Folly. It is said that these were the inspiration for Tolkien’s novel The Two Towers, from his trilogy The Lord of the Rings.

Edgbaston is, of course, famous for international Test Cricket matches and one day ‘internationals’ featuring the England cricket team. These take place at Edgbaston Cricket Ground, which is also home to Warwickshire County Cricket Club and the venue for various county matches. 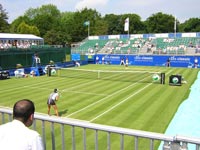 Edgbaston is also synonymous with tennis.

Firstly, Edgbaston Priory Club is a world class tennis venue and is located in Sir Harry’s Road. Top female players from around the world compete there in tournaments like the DFS Classic, which is part of the WTA Tour (run by the Women’s Tennis Association).

Secondly, Edgbaston is also the home of Edgbaston Archery and Lawn Tennis Society (est. 1860). It is the world’s oldest lawn tennis club still in use.

Thirdly, the first ever game of lawn tennis took place in Edgbaston, in the garden of a house called ‘Fairlawn’ — a strangely apt name! 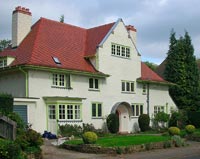 Birmingham’s only Grade 1 listed domestic building can also be found in Edgbaston. It was designed and built in 1899 by the influential Arts and Crafts architect Herbert Tudor Buckland, who lived there. The property boasts stylish and well-preserved Arts and Crafts style interiors and a formal garden with a Gertrude Jekyll design. It is open to the public and tours are sometimes available. It’s an impressive and imposing house, located at 21 Yately Road, Edgbaston. This is a leafy road which also features other Arts and Crafts houses designed by Buckland.

The architect was also behind the design and build of nearby University House, in Birmingham University, which was built in 1908 (incidentally having been funded mainly by the aforementioned PM Neville Chamberlain). Buckland and his partner E. Haywood are indeed responsible for many designs and ideas that have helped to shape much of modern Birmingham.

This post was brought to you by Leaps & Bounds Day Nursery, which is also located in Edgbaston. We’re an ideal nursery/pre-school for those looking for outstanding weekday childcare for babies and children under five near Bearwood, Smethwick, Harborne or Ladywood. We are also a Forest School setting, so children at our nursery can enjoy and learn from everything that nature and the outdoors has to offer. If you’d like to explore the idea of your child attending the nursery, please call 0121 246 4922 while places are still available. Alternatively contact us here and we’ll be happy to answer any questions or arrange for you and your child to see the nursery in action.